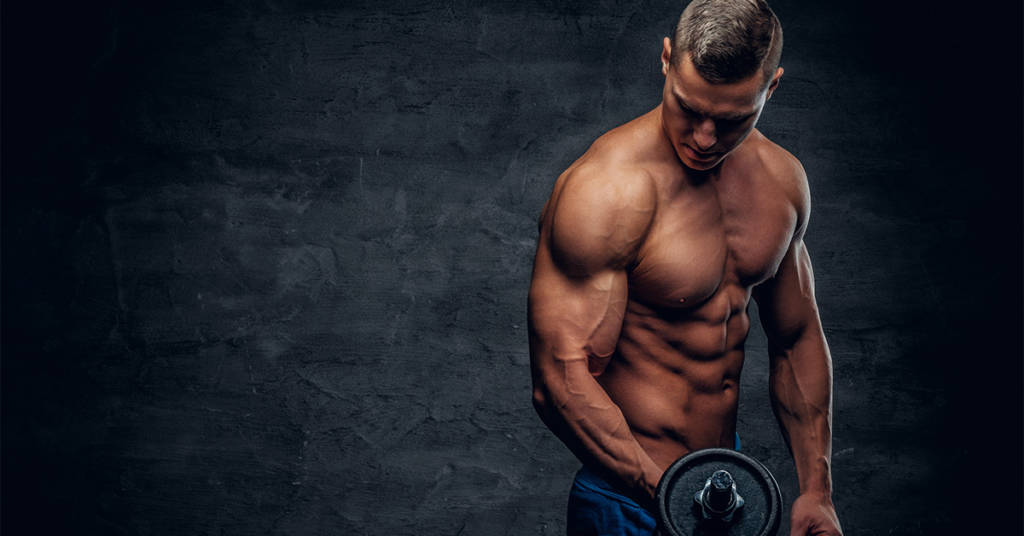 HOW IMPORTANT IS THE PUMP FOR MUSCLE GROWTH?

Anyone who ever goes to the gym knows that wonderful feeling when after a number of sets your biceps fills with blood, your arm almost explodes, veins are visible everywhere and you seem physically complete. Yes, we are of course talking about the well-known ‘pump’. The pump and bodybuilding are inseparable and even the grandfather of bodybuilding, Arnold Schwarzenegger, showed all his love for this phenomenon. But while the pump feels great and countless athletes worldwide dedicate their success to it, it remains unclear whether pursuing the pump is crucial in your workouts. So today we figured out for you how important the pump is when muscle growth is your goal!

For decades, bodybuilding has been a sport that was mainly performed based on feeling and limited knowledge. There were no scientific studies that gave you ready-made answers as to whether something worked or not. That meant that a lot was done based on feeling, logic and of course experience (of others).

That made muscle growth more of an art than a science. They trained hard in a way that felt good and as everyone knows, this without a doubt brought very good results. The pump was one of those things that felt good. Where powerlifters focused on lifting extremely heavy weights, this was slightly different for bodybuilders. In addition to heavy lifting, they also tried to get a full feeling in the muscles. As a bodybuilder you did not want to lift as much weight as possible, but rather target a muscle group very specifically, the so-called mind-muscle connection.

The pump has been touted by many bodybuilders as an important aspect of their training. Training on the pump made all the difference whether you were a bodybuilder or a powerlifter. Things that all sounded very logical, until about 10 years ago …

Scientific research has never originally focused much on strength training. After all, it is more valuable to put the available time, money and energy into keeping people healthy and alive. However, with the increasing popularity of fitness, scientific research in this area has also gradually increased. More and more trainers and researchers did not want to work purely on the basis of feeling, but wanted hard data to strengthen their recommendations.

Since then, little by little, more has become known about muscle growth, strength training and everything that surrounds it. We had known for a long time that strength training resulted in muscle growth, but how this exactly worked was still unclear for a long time. It was thought by most that the muscles were broken down and then built up again. Although this sounds plausible, it turns out it doesn’t quite work that way.

In 2010, researcher Brad Schoenfeld [1] presented for the first time an overview of the (possible) mechanisms for muscle growth. The following 3 mechanisms emerged from this:

This amounts to a heavy load on the muscle with both a dynamic component and a stretch. In simple terms, heavy training and overloading the muscle

Local damage to muscle fibers. This is done by micro cracks in the fibers that then have to be repaired by protein particles, which leads to a larger muscle

Among other things, the build-up of metabolites such as lactate, the swelling of the muscle and a response of hormones and growth factors. This can be seen as the pump, but was seen from the outset as the least important of the 3 mechanisms. 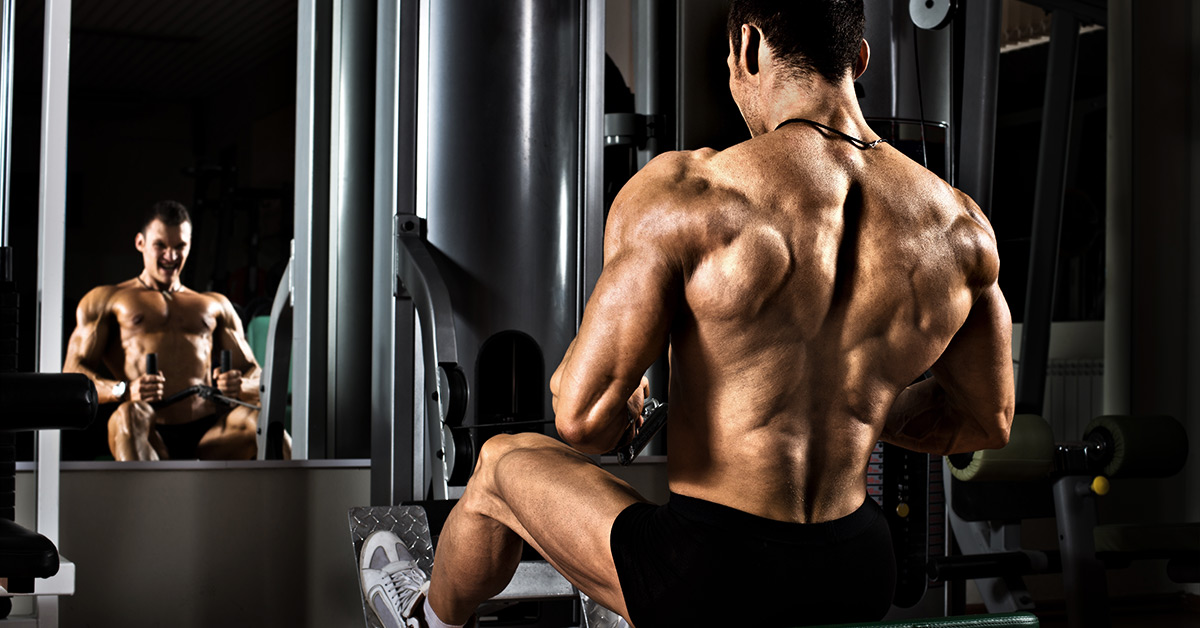 WAS THE CODE FINALLY CRACKED?

In the following years, these 3 mechanisms have been tested extensively to determine the role of each mechanism in ultimately discovering the best way to realize hypertrophy.

Gradually, it became increasingly apparent that mechanical tension, ie continuous slightly heavier training of the muscle, was the most important factor.

Muscle damage was common with muscle growth, but didn’t seem to be so much a cause, more of a side effect. For example, there have been studies comparing exercise to or beyond failure with exercise where 1 or 2 repetitions were held in reserve. The effects on muscle growth were in most cases comparable or even to the disadvantage of the group that went to failure! This has led to the belief that muscle damage occurs when your muscle is over-exercised and only depresses your recovery, while it does not bring any additional benefits.

Metabolic stress also seemed to become less and less important. The pumping up of the muscle mainly caused an acute effect due to temporary swelling of the muscle and more glycogen storage afterwards, but this was only temporary.

Until recently, mechanical tension seemed to be the clear winner when it came to muscle growth. But not so quickly, because now we know a little more!

IS THE PUMP IMPORTANT AFTER ALL?

A while ago we already posted an article that showed that both low and high repetition training can be effective for muscle growth . However, that was not yet proof that the pump was actually good for muscle growth. Training close to failure was still a requirement and there had to be an increase in training weight over time. All due to mechanical stress.

Until early April this year, a new study [2] was posted specifically examining high-volume training. Before and after the 6-week study, a muscle biopsy was taken to determine exactly how muscle growth had taken place. What was striking here is that there was no actual growth of the muscle fibers (so-called myofibrillary hypertrophy). However, the total size of the muscle had increased! Since mechanical tension normally causes the muscle fibers themselves to grow, this is a very interesting finding, because how does a muscle grow while the muscle fibers themselves do not increase in size? Well, read on … 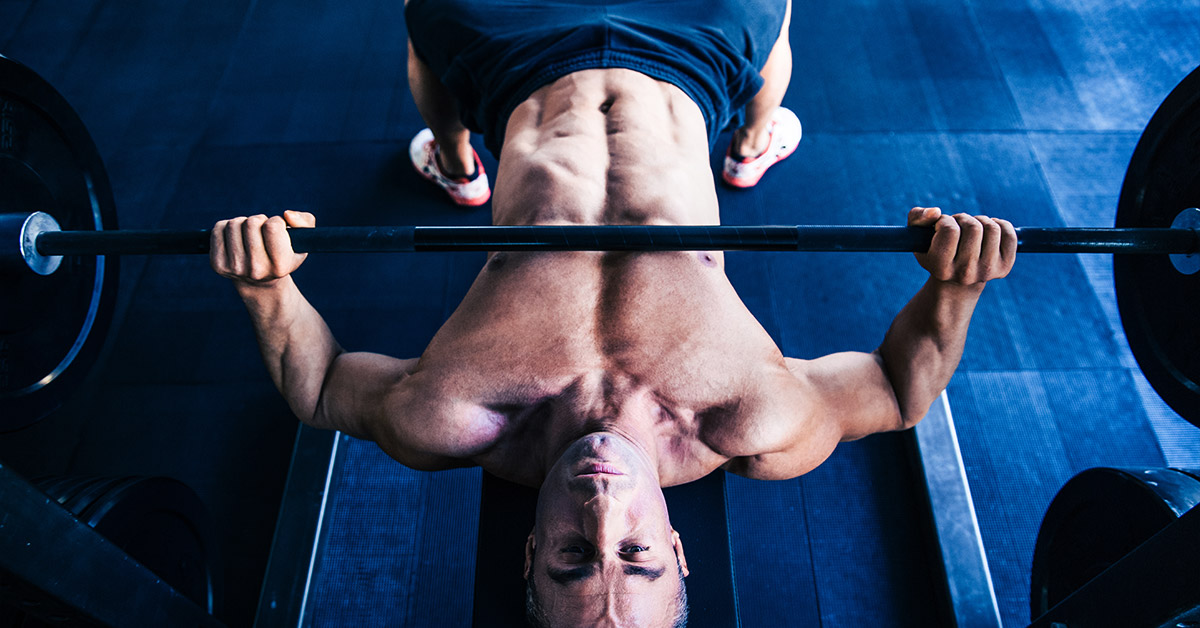 The muscle growth in this study was assigned to so-called sarcoplasmic hypertrophy, a theory that has been around for some time. To explain this in words as clearly as possible, a definition is given below:

This is mainly a theoretical distinction, but it could well explain why bodybuilders have a muscle mass that is greater than that of powerlifters, while they (usually) train lighter.

BUT WHAT EXACTLY IS THAT, SARCOPLASMIC HYPERTROPHY?

It is of course not possible that your muscles grow from hot air while nothing is being built up. It was long thought to be an increase in moisture, glycogen and minerals such as sodium and potassium, among other things. Although this is certainly partly true, this of course does not tell the whole story. This would mean that when you follow a diet low in carbohydrates and drink little, your muscles will automatically drain. So there is something else going on …

Another possible explanation from this latest study is an increase in sarcoplasmic proteins in the cytoplasm (the shell that was discussed). These are so-called non-contractile proteins, which means that they do not directly contribute to force production. After all, the muscle fibers themselves are responsible for this. If this build-up of non-contractile proteins is the explanation, it would actually make a lot of sense. These do provide muscle volume, but not muscle strength. Of course, these proteins are also accompanied by a certain amount of moisture that provides extra size. 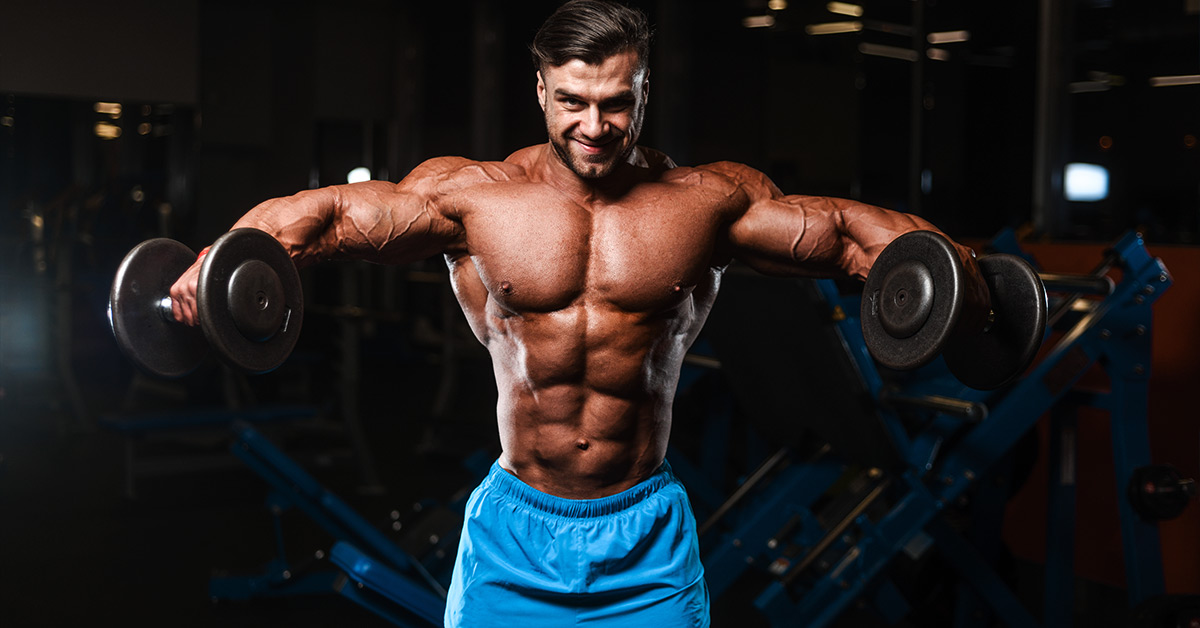 BACK TO SCHOOL FOR OPTIMAL PROGRESSION