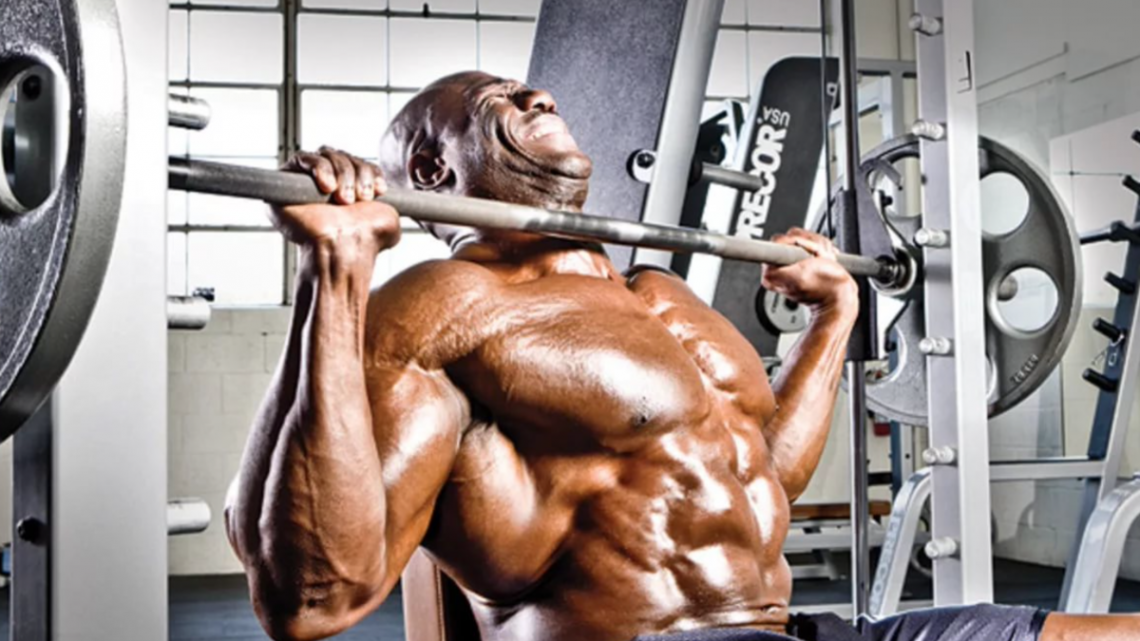 While science still hasn’t figured out how and why our muscles grow in response to strength training , the very root cause of muscle growth has been established. To build a wide back, you need to consider the function of genes . Usually genes “sleep”. They can be compared to inactivated computer programs, but you cannot turn them on by simply pressing a button.

In fact, genes are awakened by a powerful force load. However, as studies have shown, any training program “works” for an ordinary amateur for only 2-2.5 weeks. Then you go to the gym idle.

Science offered a revolutionary way out. It turns out that in order to build a wide back, you need to train in short cycles.

This resembles the well-known cyclic training, only before the bodybuilder first tried to build up mass, and then fought for muscle “relief” … From now on, the athlete had to alternate polarly different training modes: pumping and low-repetitive strength work with basic exercises . The method was pioneered by multiple Olympia champion Ronnie Coleman .

The application of the new method in the practice of amateur sports has brought phenomenal results! The muscle growth of amateur athletes is fabulously accelerated! However, the real breakthrough came when contrast training began to be used as part of a weekly microcycle!

Today, such a training system is dominant in bodybuilding. Try it on your back and you will see: the system is phenomenally effective! 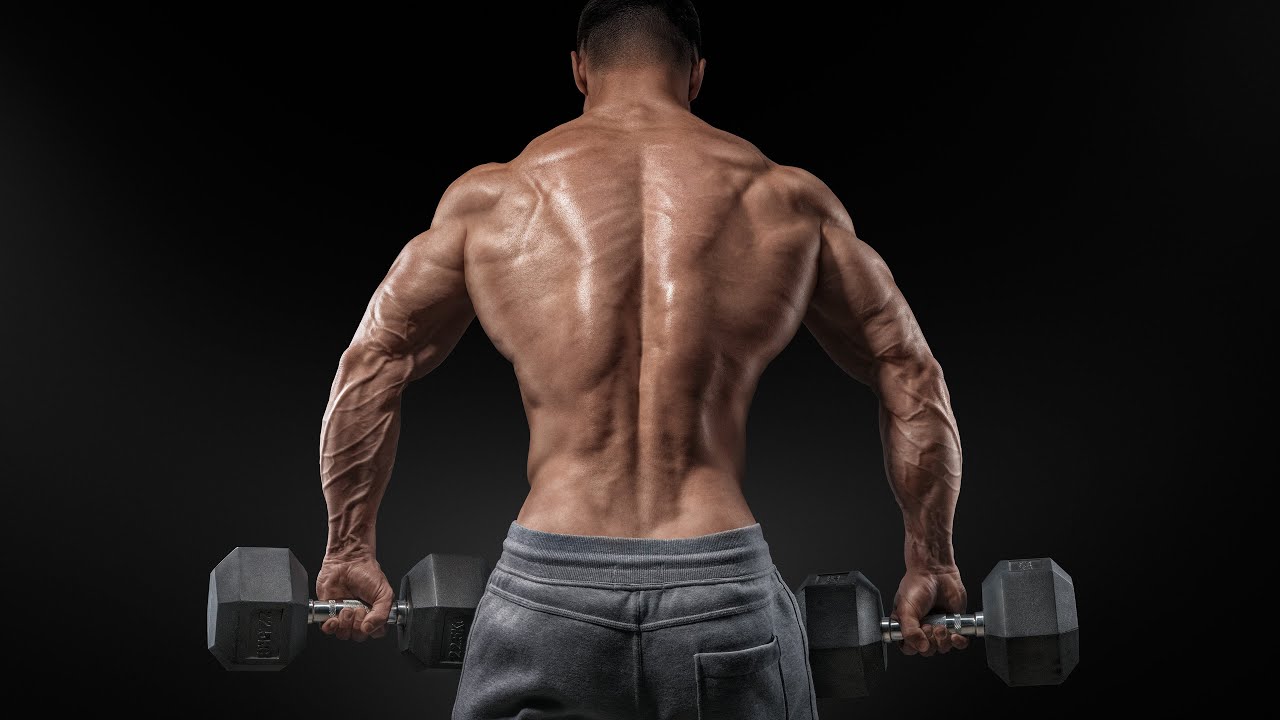 So, your back has two workouts a week. The first is aimed at developing strength. It includes heavy basic exercises, and the main one will be … pull-ups . And don’t even try to argue! This is the proven specificity of bodybuilding. Your back as a bodybuilder won’t be worth a penny until you train yourself to pull up at least 10 times in the set!

The second exercise is a deadlift to the belt in the slope . Completing the workout is a super-heavy one-handed dumbbell row in support .

Rough strength work is the strongest stress for the body. (You can easily guess about this from the future morning “withdrawal”.) It is the brutal power tension that awakens our genes.

Another thing is that repeated strength training will no longer “surprise” your muscles. A paradoxical mechanism of suppression of gene activation is activated. Otherwise, the planet would not have enough resources to feed millions of huge muscle monsters.

This is where genes need a fundamentally different stimulus. It becomes a fierce pumping workout!

In order not to overstrain the ligaments in vain, we will carry out it on simulators. Remember, your task is to “grind” your back to the very last muscle fiber! Power records are contraindicated here! We need a “stone” pumping!

The combination of polar training modes in a weekly split guarantees unprecedented muscle gene activation and allows you to build your back fast!

For power sets, you have to do 8 reps per set. It would seem that everything is simple here. Grab a heavy barbell and do deadlifts! No, everything is much more complicated. After all, you have 5 sets. If the very first one turns out to be extremely difficult, then the number of repetitions will decrease from set to set.

How else, if fatigue comes with each new set? As a result, in the very last set, you will hardly get 5-6 repetitions. This is no good! The final set should be the most intense! This is a vein-tearing power record that shakes the gene mechanism of a muscle cell to its very foundations !

The measure of intensity is easy to calculate with a calculator. To do this, it is enough to multiply the working weight by the number of successful repetitions. So it turns out that your most important set, in which you got very few repetitions, contrary to logic, turned out to be hack.

Now listen as you should. Choose a burden with which you can do 10-12 repetitions to “failure”. With this weight and start fighting for strength. But! Do only 8 reps for each set.

Moreover, when completing the final set, you have to stop for a repetition to “ failure ”!

The same rule applies to pumping. Although you have 15 repetitions ahead, the working weight should be such that with it you get 18-20 reps to “failure”. Then do the exercise in the same order: in each set, observe the set 15 repetitions and no “refusal” in the final of the exercise!

Why is “refusal” banned? Because the transcendental nervous tension tightly blocks the work of genes!

By the way, have you not yet convinced yourself from your own experience that during periods of hassle and family troubles, muscles do not grow? Here is another proof of the correctness of scientists.

However, perhaps they are not right, but the mystics. Yogis claim that miracles are possible only in a state of crystal clear consciousness.

So you are not on the way with a swooning “refusal” if you are interested in a wide back of a bodybuilder, which can not be called anything other than a miracle … 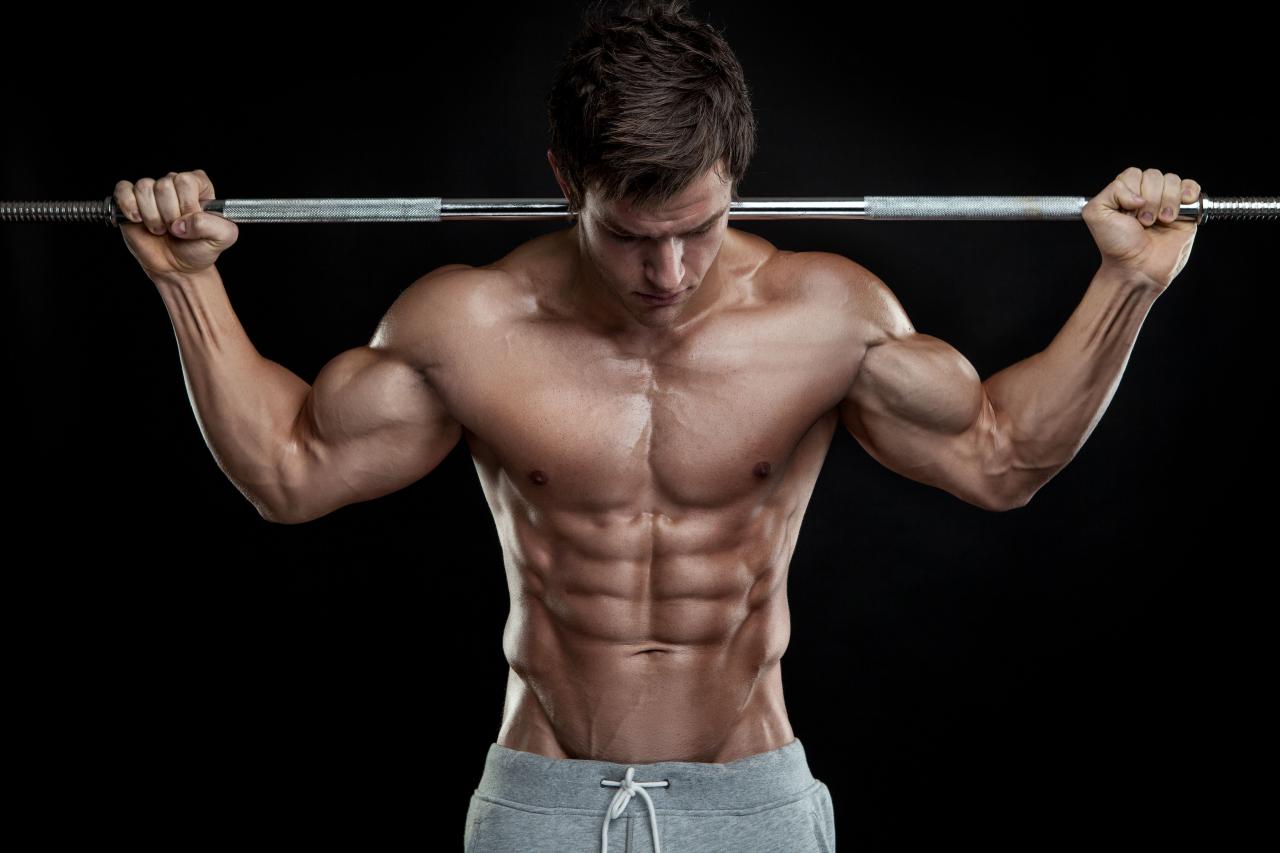 How to expand the chest